Navy Life to Navy Wife: How to Incorporate The Service into Your Ceremony

With Hampton Roads having such a strong military presence, it should come to no surprise that we have seen numerous military weddings and traditions. We know that not every military fiancé is well acquainted with the traditions of their significant other’s community, so we thought we could lend a helping hand to those of you planning (or attending) a military wedding.

What are we all wearing?
Dress whites? Mess Dress? Class-A? None of this makes any sense to those of us outside of the armed forces so let’s break it down a little. For officers, evening dress is comparable to

civilian white tie and tails. This is extremely formal attire. Dinner uniform – or mess dress – is similar to civilian black tie. Looking for something semi-formal? Go for service dress whites or service dress blues. In the Navy, dress whites are worn most often in the summer and dress blues are worn in fall and winter. Lesner Inn has seen mostly dress whites and blues but every once in awhile we have someone step up the formality to mess dress. Either way, we think they always look handsome and we love a man in uniform – especially against a sunset over the Lynnhaven River.

To glove or not to glove?
Tradition shows that all service members wear gloves – groomsmen, users, saber and sword bearers. The only exception to this is the groom and the best man as they will be handling rings.

Do they still need boutonnieres with their uniforms?
No. You should not be wearing a boutonniere on any military uniform. Budgeting bonus if you have a few military groomsmen and don’t need to purchase these!

Where is everyone sitting?
In the event that parents cannot attend, the bride or groom’s commanding officer and their spouse may sit in the front row. If parents are present, the commanding officer may sit close to the family. All following military guests should be seated according to rank.

Do I get a discount?
Yes! Lesner Inn offers 50% off of the room rental fee for all military weddings and functions. Being the daughters of men and women who have served our country, we know what you and your families have gone through to get to this special occasion. It gives us so much joy to be able to show our appreciation to those of you who have served our country!

Let’s talk about the arch of swords
Every military bride is excited about this and we LOVE seeing photos of it on our stairway and Sunset Deck. We turned to the experts at The Knot to explain this to you:

The arch is a symbolic act that ensures the newlywed couple safe passage into their new life together, but it should only be performed for commissioned officers. As soon as the ceremony is over, the ushers line up on either side of the aisle to the chapel steps. At the head usher’s command — “Draw sabers (cutlasses)” — the ushers raise their blades, edge up, into the air, carefully forming an archway. If there are civilian ushers in the wedding party, they also line up and stand respectfully at attention while the arch is formed. The newlyweds pass under the archway, and at the command — “Return sabers (cutlasses)” — the ushers return their weapons to their sides. They then turn and escort the bridesmaids down the aisle. If weather permits, the arch may be formed outside the entrance to the ceremony site. Though specific commands and protocol may differ based on the military branch of the commissioned officer, the arch is a military wedding tradition highlight.

What is that song that is always sung?
Go to any military wedding and you are bound to see this happen. All of the sudden, the dance floor clears, a chair is brought out for the bride and servicemen gather all around her. No, this is not the garter toss – it’s time for some karaoke. Since the premiere of Top Gun, men have gotten down on one knee to serenade the wife of their fellow serviceman with The Righteous Brother’s Classic “You’ve Lost That Loving Feeling”. We love watching the guys belt this one out to a blushing bride – it never gets old!

There are many more small traditions that vary from service to service but these are some of the more common ones that we see on a routine basis. When in doubt, you can always check with your local base protocol officer with any questions! 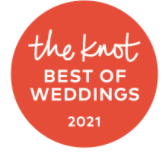 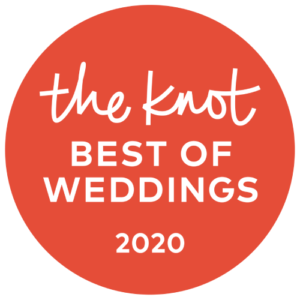